Empowerment, modest though it may be, can take many forms. The smaller, less illustrious varieties are not necessarily the least satisfying, I'm happy to say.

I just spent 15 minutes of the most productive kind ever, parting ways with Facebook, in three different ways. Two business accounts and one personal one. Relief. Inner peace. Freedom from "The Unbearable Like-ness of Being..."

Like quitting smoking years ago, it was actually a lot easier than I had thought. Make a decision, follow through, stay away from unwise temptation, and it's all done, in no time. In all fairness, of course, I smoked a lot more than I spent time on Facebook, much to the likely dismay of some very manipulative silicon youngbloods who tried their best to get me hooked. Messages from old acquaintances, birthday reminders for my ex-girlfriends, various births and rebirths from distant relatives who'd not have recognized me if we'd tripped over each other on the street.

Bottom line: Does anyone with a life worth living, with its share of offshoots, moots and reboots, REALLY crave some algorithm-generated iffy amalgam of their various contact lists? Do most people REALLY want ex-girlfriends, present bosses, bankers, relatives all meeting each other in some raucous online dinner party that no one would ever be insane enough to assemble in real life?

So, that gives a basic insight into why I, personally, will not be seen over there anymore. I was never terribly present, in any case. Two dozen posts, maybe, at the very most, in about five years; I guess that doesn't even rank me as an occasional user. Goodbye to pretend friendships, targeted advertising, collected metadata and... not least... Ciao to Cambridge Analytica and their sniffing around my desk while I sleep.

My votes on different issues and ideals may be as trivial in the Grand Scheme of Things as my deleting three tiny accounts from Facebook, but democracy begins as a state of mind. I wholly support #deletefacebook 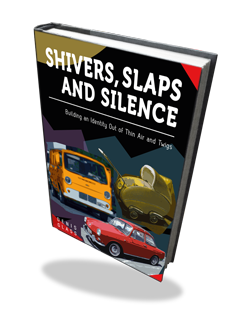